Commissioned to Minister unto International Leaders 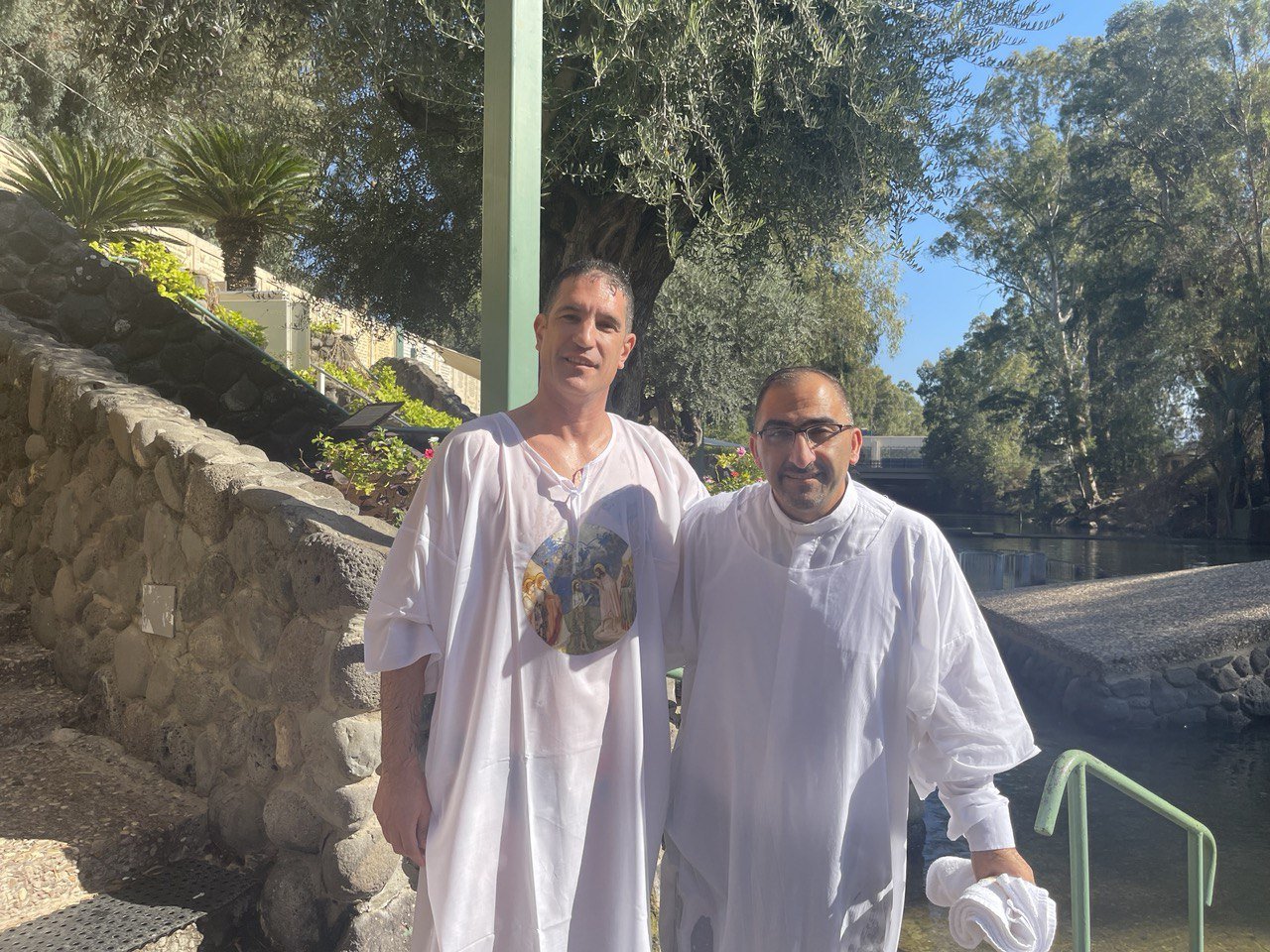 I recently had the privilege of receiving a very special guest from the nation of Serbia. Mr. Nekola Lucas is the mayor of the town of Kikindia in Serbia, and he came to visit us in Nazareth, along with his family. He’s had the dream to be baptized in the Jordan River for many years now, and so we set out together to make Nekola’s dream come true.

As we arrived at the Jordan baptismal site, we could feel the Lord’s presence very clearly, and I knew that the Lord was going to touch Nekola’s life. Before we began with the baptism, Nekola made a public declaration of his faith before his family and others were present.

We then proceeded to baptize Nekola, and as he emerged from the water, we could see that his face was radiant with joy and peace. What a blessing to witness the work of God in people’s lives! The Lord is an interior decorator unlike any other, changing us from the inside out. Hallelujah!

Personally, it was also a very important moment for me, as I realized that God was fulfilling a lot of things in my life that He had promised me before. One of those promises was that He would send me to share the Gospel and the truth of Israel with governmental and international leaders.

I feel so humbled to realize that God has commissioned me as an Arab ambassador to foreign leaders and dignitaries and to be a real and truthful ambassador for the land of Israel. All glory to God!