Visit to the Mayor of Nof Hagalil

HomeProjects and MinistriesBridge Builders MinistriesVisit to the Mayor of Nof Hagalil 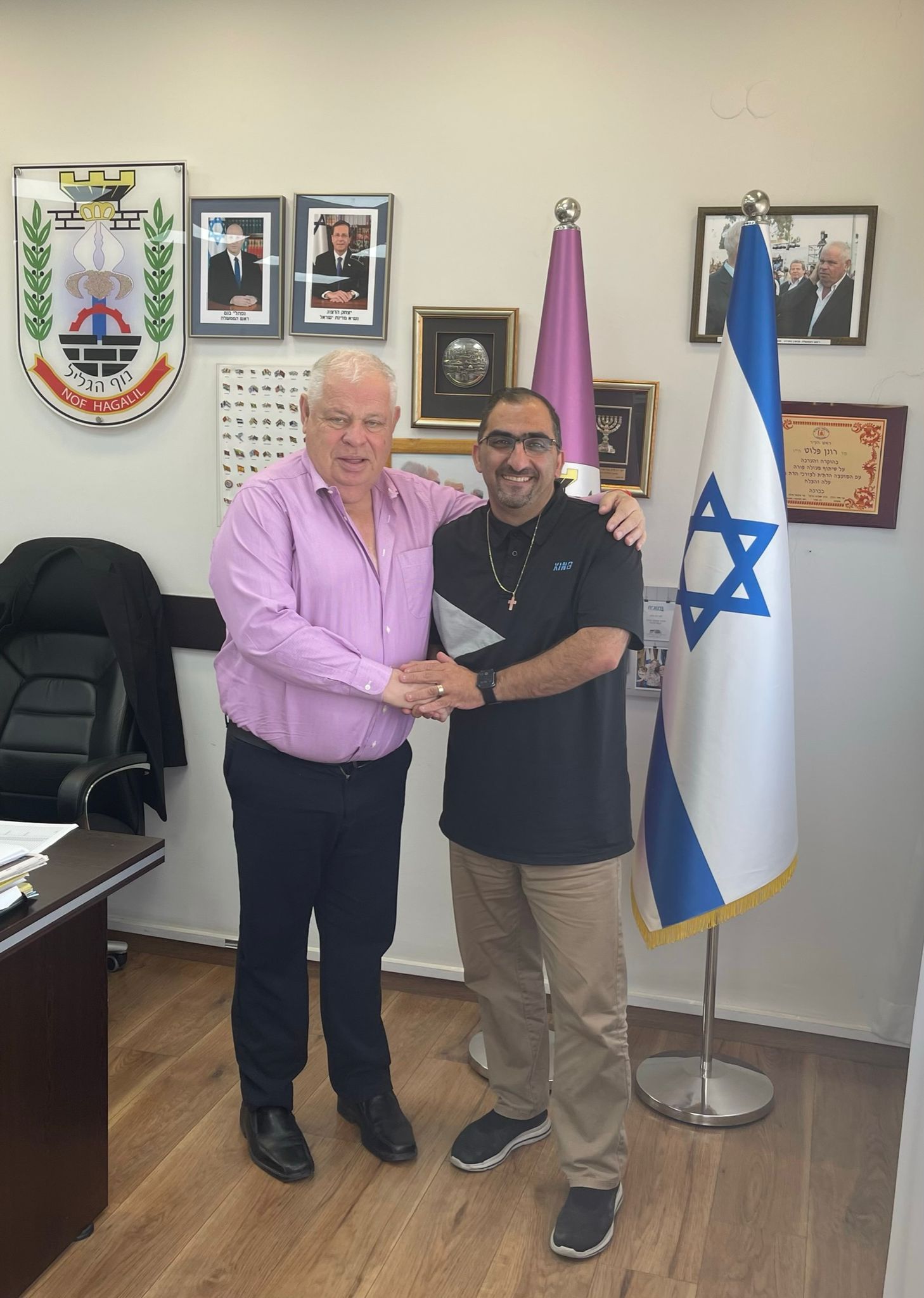 God’s favor has opened many doors for us at Home of Jesus the King Church over the years, and a very strategic relationship that we’ve developed is with Mr. Ronen Plot, the mayor of our neighboring town of Nof Hagalil. Not only have we become good friends and a testimony to the reconciliation that is possible between Israeli Arabs and Jews, but we’ve also collaborated on several strategic and impacting humanitarian projects such as Holocaust Survivors and Ukrainian Refugees.

The leadership at the Nof Hagalil municipality has come to appreciate and see the love and reality of Jesus through our friendship and collaborations. Mr. Plot would often approach us for potential projects in which we as Arab believers can be a blessing to the people of Israel. Believers in Israel have come to be known as reliable and generous partners in reaching the poor and needy with essential humanitarian aid. They have also realized the tremendous love and support that Christians from all over the world have for the nation of Israel.